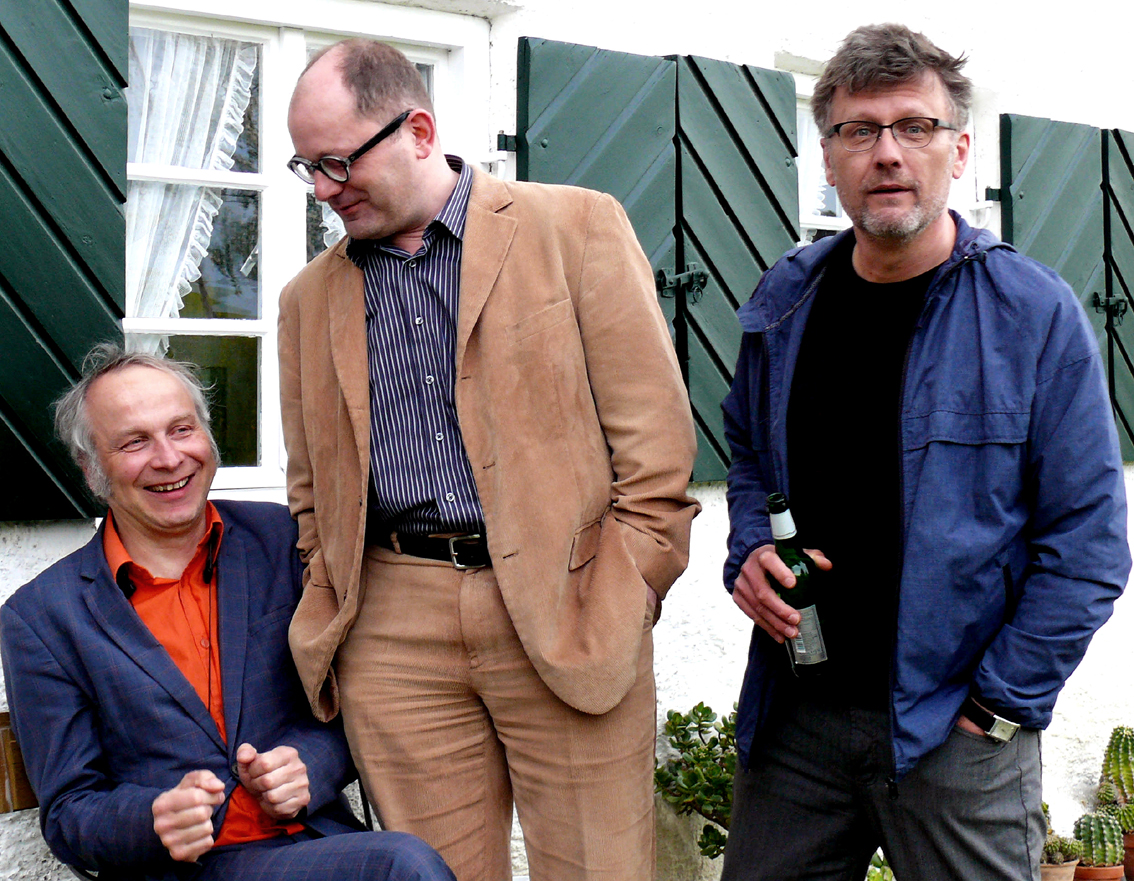 
LACY POOL was founded by German pianist Uwe Oberg. With an intriguing lineup with the Berlin-based clarinettist Rudi Mahall and drummer Michael Griener, the band explores different styles in Steve Lacy's music and Oberg's originals. It's a joyful celebration as well as an deconstruction, that transfers the Lacy's compositions into the present.

from the liner notes:
"At every step, Lacy Pool finds new expressive possibilities in Lacy's innate, albeit curiously tailored, logic. Their personalities replace Lacy's and change the way we hear this music, which is as it should be. The song may have inspired the players, but the players have become the song." ART LANGE, CHICAGO, December 2008

Once again Oberg and his partners have produced music that re-imagines Lacy's pieces with creativity and poise.
FREEJAZZBLOG Oct. 2017

Overall, the musicians exercise an often difficult to attain balance as serious chops, pungent arrangements and sonorous melodic content produce an irrefutable fun-factor, instilled with all the necessary ingredients.
GLENN ASTARITA / ALL ABOUT JAZZ June 2017 (English)

On Lacy Pool, an intriguing lineup (piano-trombone-drums) revistist what might one day become standards - 10 compositions penned by Steve Lacy. Uwe Oberg's angular lines, Christof Thewes' soaring trombone and drummer Michael Griener's clever support help bring out the joy that inhabits those pieces. Their truculent nods at Dixieland or Thelonious Monk are a reminder of how both influences informed the late soprano sax player's development. They never get lost in a meditative state, because Oberg and company's mood is definetely more celebratory than mournful. To sum up, this is an excellent addition to the recent tributes paid to Lacy's legacy that will surely inspire more generations to come. DOWNBEAT, Dezember 2010 (pdf)

Confirming that the music of a true original like Lacy is best celebrated by adding to it rather than copying, the three leap into the Lacy Pool at the deep end. Accepting this challenge, they still manage an Olympic medal-like performance.
KEN WAXMAN, March 2010 (pdf)

This refreshing and innovative, forward-thinking look on Steve Lacy's music is imaginatively clever as it is delightful, a great idea wrapped up in abstract ribbons and bows that should prove a satisfying listening experience, no matter your orientation with any creative improvised modern music. ALL MUSIC GUIDE / MICHAEL G. NASTOS, Nov. 2009

The musicians form the right blend here. Featuring elements of wit and pathos, they stir the pot with blitzing unison choruses and
counterbalancing movements. Moreover, they morph some of Lacy's familiar melodies into stately proclamations, while transforming the sum of the moving parts into an unrestricting environment. They summon the best of many proposals.
ALL ABOUT JAZZ / GLENN ASTARTIA, Dec. 2009 (pdf)

Very energeticly, very exactly, with much feeling for the bulky expression of his music, that only exists with its opposite: its strength. There is quickly an immense field of tension in the room, here the motivic form, to which the music returns again and again, there the expansive, exploring approach. And finally Oberg and Thewes find some quite graceful, soft, almost weightless tones, you just have to listen closely.... FRANKFURTER RUNDSCHAU / TIM GORBAUCH, 2006

UWE OBERG piano
The German pianist Uwe Oberg (*1962/Offenbach) develops his music from the energy of Jazz and the sound of the New Music. Since the eary 1980ies he has played in various musical contexts between Jazz and Improvised music, with different ensembles or as a soloist. He plays with the trio CUSH w SAADET TÜRKÖZ and PAUL LOVENS, in a duo w HEINZ SAUER, ROPE w FRANK PAUL SCHUBERT, PAUL ROGERS & MARK SANDERS, duo with SILKE EBERHARD.
He works with dancers, composes music for theatre and silent movies. He played with numerous international musicians, like ALFRED HARTH,PETER KOWALD, XU FENGXIA, MATTHIAS SCHUBERT, PHILIPPE MICOL, ULI PHILLIPP, TONY OXLEY, SVEN-AKE JOHANSSON, RUDI MAHALL,URS LEIMGRUBER, SAADET TÜRKÖZ, HEINZ SAUER, SUBROTO ROY CHAUDHURI, PAUL LOVENS, ERNESTO MOLINARI, EVAN PARKER a.m.o.
His music is documented on numerous CDs. In 2007 he received the jazzprize of the state of Hessen/Germany.
"...a remarkable musician, who has developed an unique sound as an free improvising sound-explorer as well as a Jazz-improvisor". PETER NIKLAS WILSON